Find this article at:
go.ncsu.edu/readext?715776
— Written By Deborah Hunter

Calf’s hooves should be trimmed two to three times during your show season. If you notice that your calf’s hooves are getting longer, it may be a good idea to reach out to your hoof trimmer.

You should schedule hoof trimming around shows. Hoof trimming can sometimes make a calf’s feet tender and susceptible to bruising from large stones or other debris. Since some calves may have more tender feet than others, you should always try to trim your calf’s feet at least two weeks before a show. This will prevent any bruising that could lead to limping on show day.

The Macon County 4-H Livestock Club will be showing at the upcoming North Carolina Junior Beef Roundup in Fletcher NC, on August 7, 8 & 9. In preparation for the show, 4-H Show Steer Navy, shown by Cayden Hunter, had his hooves trimmed. Steve Ledford trimmed Navy’s hooves for him. 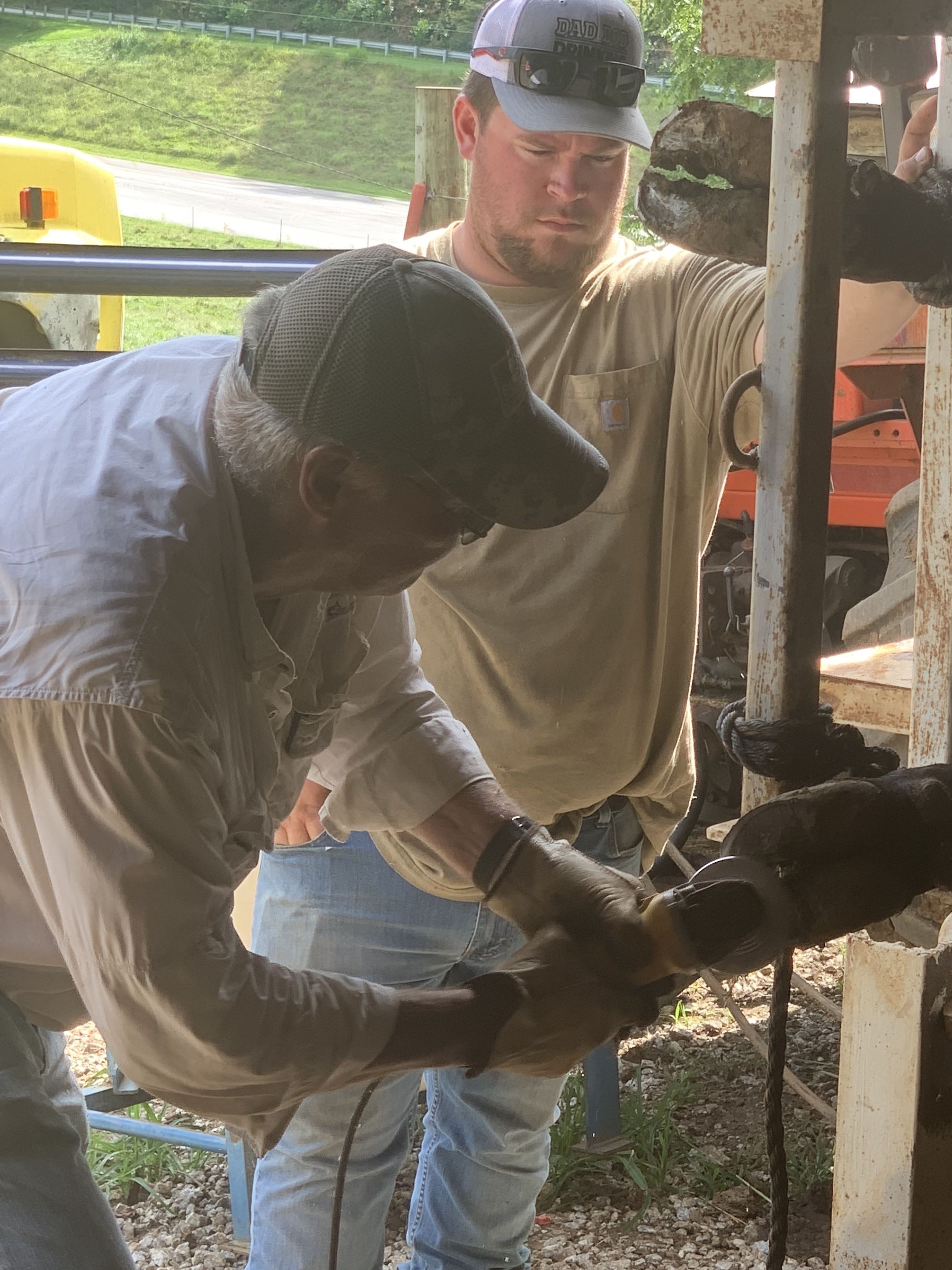