Find this article at:
go.ncsu.edu/readext?718695
— Written By Joe Deal and last updated by Deborah Hunter 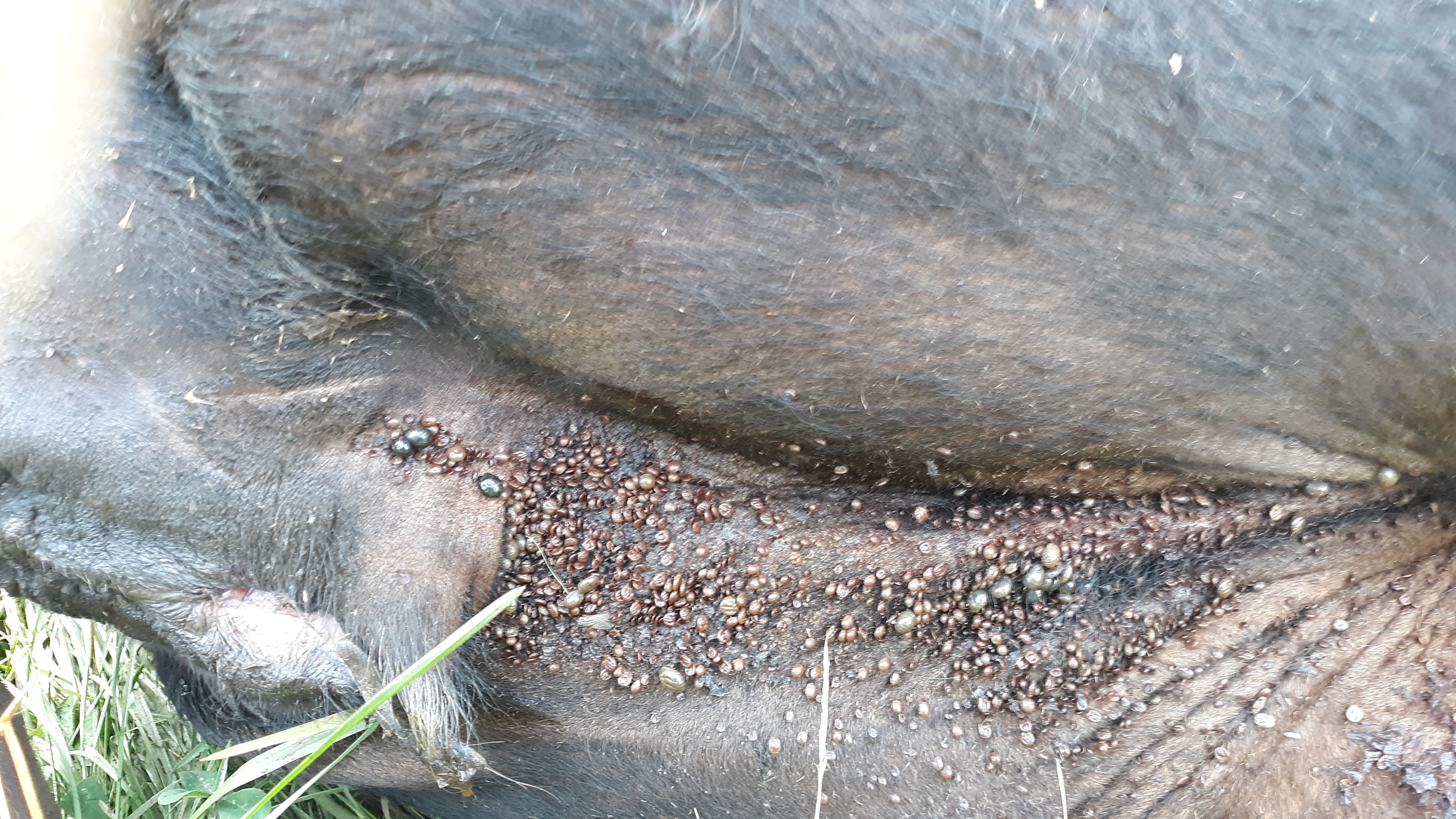 Asian Longhorn ticks can be found on pets, livestock, wildlife, and people. One important fact to know about the ALT is that female ticks can lay eggs and reproduce without mating. They do not need a male to reproduce. A single female tick can lay over three thousand eggs at one time. It is common to find thousands of ticks at one time in grass, shrubs or on animals. The ALT has the potential to dramatically increase in numbers in a short amount of time.

According to the Centers for Disease Control (CDC), the ALT is a three-host species. This means that tick species normally seek a new mammalian host to feed on with each stage of its life cycle (larvae, nymph, and adult)and then return to the ground to either molt to the next stage or lay eggs.

So how did the ALT get to Macon County? Since being found in New Jersey in 2017, the ALT has primarily followed the spine of the Appalachian Mountains south. It is suspected that the ticks are traveling on livestock through normal livestock channels and being relocated with each move of livestock. On June 30, 2020, I was called out to look at a dead cow here in Macon County. Upon arrival and inspection, the cow was covered in ticks. More than 1,000 ticks were viewed on the animal. Ticks in this number are a tell-tell sign that it could be ALT. The cow was bought two weeks earlier and put into a pasture with four other animals. The other cows did not have the infestation that this cow had and was determined that the ticks arrived with this animal. Traceback was conducted and determined that the cow originated in another county in North Carolina.

The other animals in the pasture have been treated but there is the possibility that some ticks are still out in the environment. Macon County is now on the Asian Longhorn Tick map and producers and animal owners should be on the lookout for these ticks from now on in the future. What should you do if you suspect that you have Asian Longhorn Tick on your property or animals? You should call your vet or extension agent.

So what do we do now? First thing to do when you purchase an animal, especially if it is bought from livestock barn or farm without vet papers would be to quarantine the animal or animals for at least 21 days. You should also check your animals regularly for signs of ticks or other pests as well as diseases such as pink eye. Use insecticides to treat your animals, permethrin or pyrethroids are recommended for control of ALT and can be applied as a spray or administered through a cattle rub. If you notice that something is not right with your animal or animals, make sure to call your vet or extension agent.

The Asian longhorn tick is an invasive species not native to North Carolina or Macon County. If you suspect you have an infestation or have livestock or pets with vast numbers of ticks present on them please call your veterinarian or extension agent. The ALT has the potential to carry several diseases and in large enough numbers can cause death by anemia.