Consider Dahlias for Your Garden

Find this article at:
go.ncsu.edu/readext?871006
— Written By Christy Bredenkamp 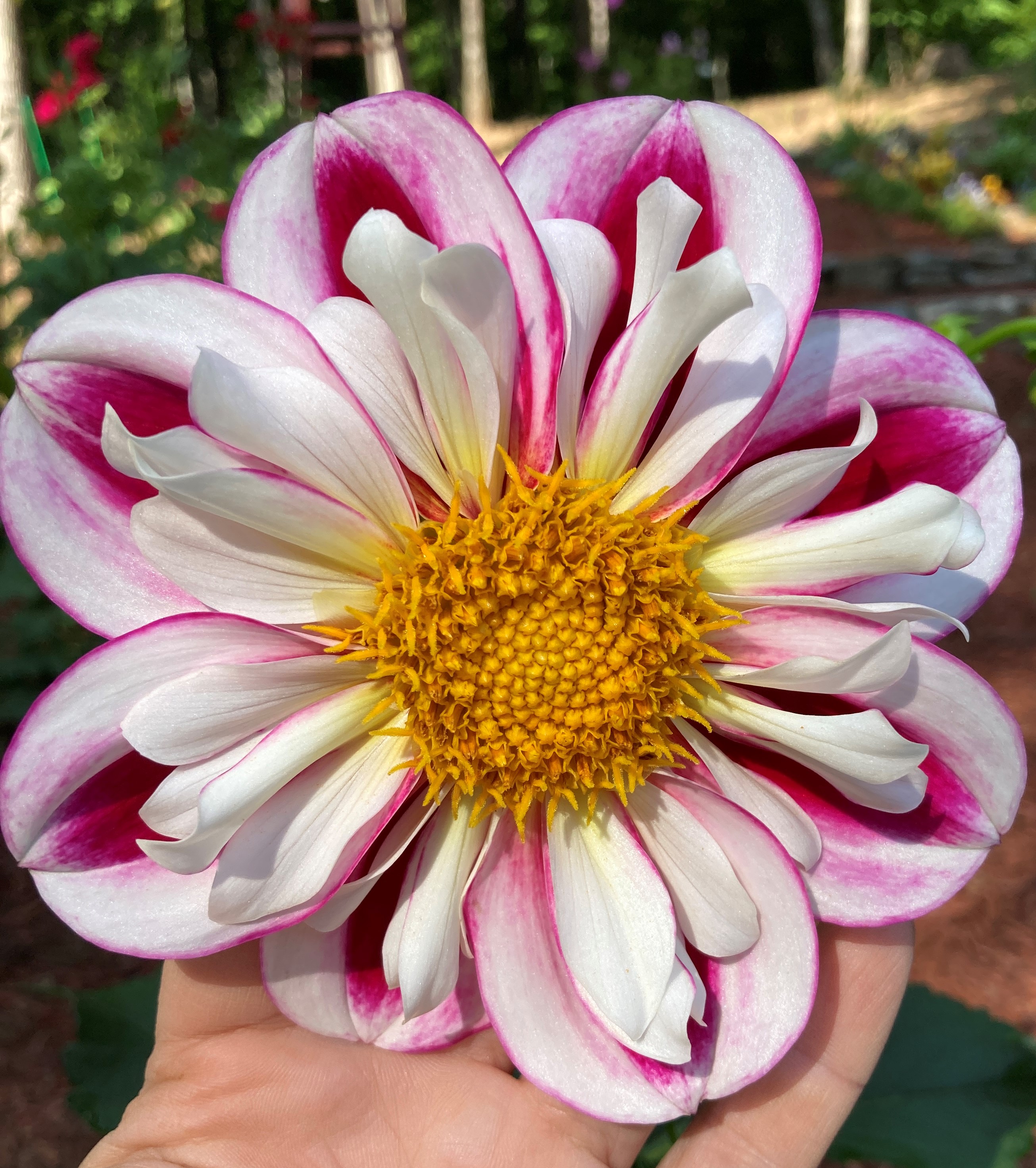 Dahlia enthusiasts know that dahlias grow in a myriad of colors, shapes and sizes. There is a dahlia for every personal preference, and they are a popular choice for western North Carolina Gardens. Read on for why these flowers are gaining in popularity.

A History of Dahlias

Dahlias are native to the mountains of Central America and more specifically the high plains of Mexico. The original dahlias are open faced flowers but, through decades of breeding and hybridizing, multiple shapes, sizes, and colors have been developed. Dahlias are octoploids, meaning they have 8 sets of chromosomes. Most flowers and people are diploids, consisting of two sets of chromosomes. The increased number of chromosomes offers an endless array of possibilities with hybridization. New cultivars are being developed and discovered every year.

How to Grow Dahlias

Dahlias are propagated from tubers or cuttings to produce an exact replica of the parent plant. Seeds can be purchased or collected from spent flower heads but are often not true to the parent plant. Some gardeners prefer seeds because the following year’s plant may grow a new cultivar not obtained by others. Dahlias make fantastic cut flowers with most having a 5-7 day vase life.

Dahlias require 6-8 hours of sunlight for growth. They also require well-draining soil as excessive moisture will rot the tuber and kill the plant in poor-draining soil. Dahlia’s prefer soil with a pH range of 6.5 – 7.0.

Most dahlias are grown as annuals. However, the tubers can be dug up after the first frost, cleaned and dried, and then overwintered in sawdust, peat, or another medium until spring. Most tubers multiply if left in the ground for 120 days (minimum) and can be split and shared or replanted in the spring. In order for a tuber to be viable, it must contain a body, a neck and an eye. The new growth sprouts from the eye in the spring. Cuttings of the new sprouts can be taken and transplanted into a potting medium to make another identical plant and the tuber it is taken from will go on to produce more sprouts and become a full-grown plant. The new cutting will root easily and will also produce more tubers through the season in the right environment for growth. One could easily grow their stock of dahlia plants through cuttings alone for the season.

Slugs and snails are common pests for Dahlias. Earwigs, cucumber beetles, aphids and spider mites are common pests as well. There is a multitude of advice for dealing with theses pests on both an organic and inorganic level for growers. Neem oil, beer traps (for slugs), sluggo are all commonly used. Powdery mildew is another issue that may be prevented with a copper fungicide. Occasionally, viruses are an issue with dahlias but, are not near as common as pests or fungal issues which are more readily controlled.

Given their rise in popularity, there are dahlia societies throughout North Carolina and the US with the most popular one being the American Dahlia Society (ADS). The ADS registers new cultivars yearly. They have trial gardens throughout the US where new dahlia plants are tested for their viability, pest, and disease resistance, amongst other things that earn them a position in their coveted listing. Local Dahlia Societies often host shows in local cities and counties throughout North Carolina every fall.

Given the right conditions and a little attention, dahlias are fantastic and highly addictive plants for new and experienced growers. Give them a try. For more information, see additional links provided for review. 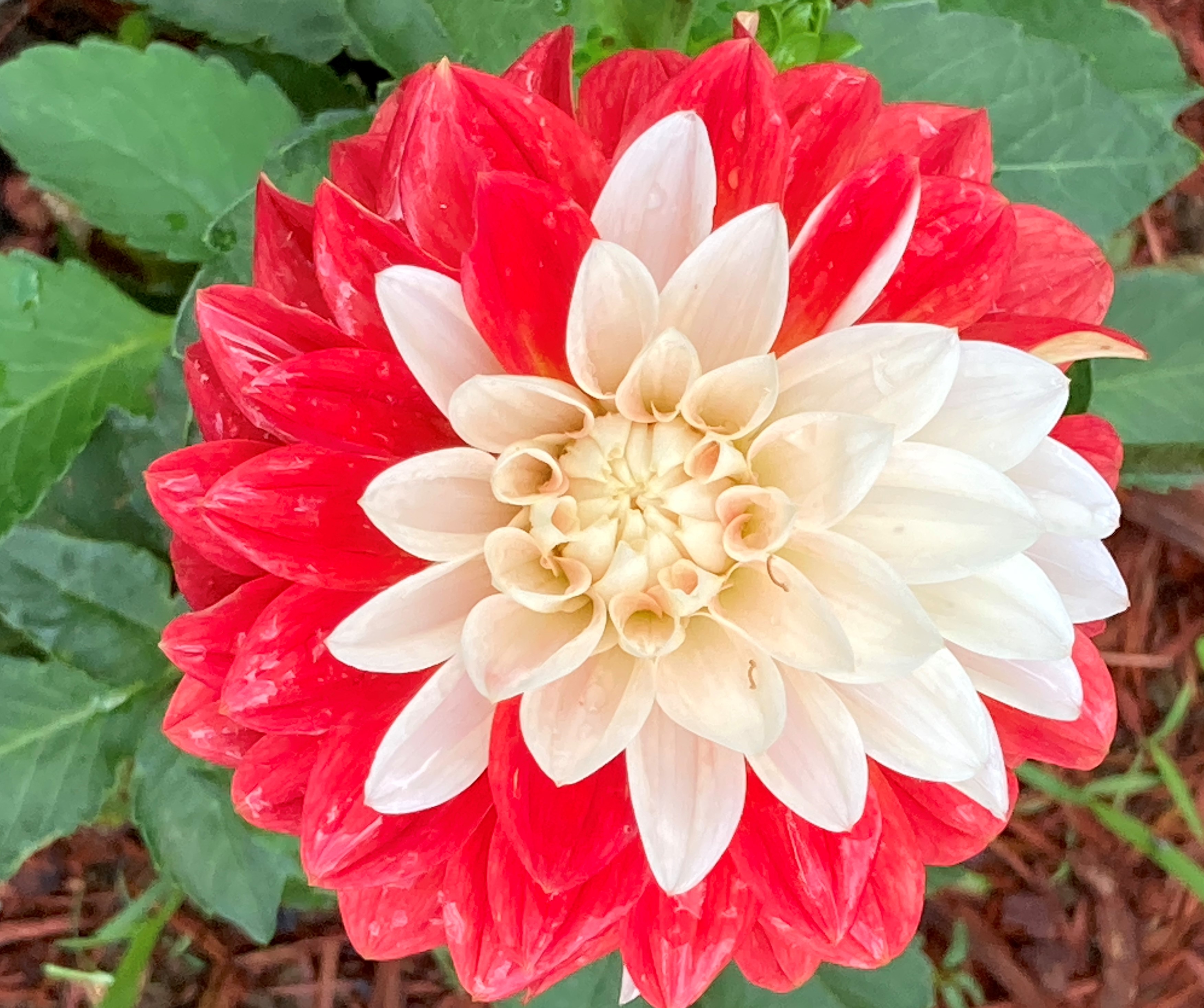